Myx TV is a Filipino cable television network based in Quezon City, Philippines. It is targeted to youth audiences with music videos as its primary content, a strategy reminiscent of the early days of MTV. It was introduced in 2000, via Studio 23 (now ABS-CBN Sports + Action), ABS-CBN's UHF broadcast television network, which offered some of its programs during the early morning, afternoon, and late evening blocks. In 2002, MYX was launched as a stand-alone 24-hour music channel on cable.

ABS-CBN Corporation is the largest entertainment and media conglomerate in the Philippines. It is one of the core businesses of the Lopez Holdings Corporation, which is headed by an influential Filipino family. 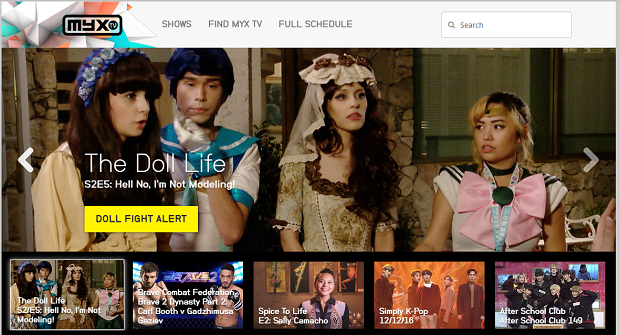 The main goal of this project was to enrich their user’s experience and ABS-CBN decided to restructure and redesign their existing Myx TV site. Ray Business Technologies studied Myx TV requirements and proposed Kentico for the implementation of their site. Kentico is a leading provider of Content Management Solution, empowering enterprises to quickly build and deploy Internet Solutions. The features mentioned below had priority to get implemented on Myx TV:

The new website has enabled the client to manage its marketing and customer engagement programs with a much greater degree of sophistication, and to fine tune content and functionality to drive lead conversion and better user engagement.

The new website built with Kentico, provides great user experience and has served to further strengthen the position of the client as the leader in Events:

Fill out the form to get the case study.